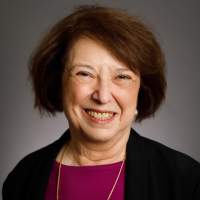 Sunny Fischer was Executive Director of The Richard H. Driehaus Foundation from 1992-2013 (part-time till 2000). In that role she developed programs on the built environment, the arts (particularly small arts groups), investigative journalism, and the working poor, among others. She was also Executive Director of The Sophia Fund, the first private women’s foundation in the country devoted exclusively to women’s issues, particularly violence against women, reproductive rights, and economic justice.

She is a Co-Founder of The Chicago Foundation for Women and an early leader in the Women’s Funding Network and Chicago Women in Philanthropy. From 1997-99, she was the Director of the Chicago/Cook County Welfare Reform Task Force. She has consulted with several foundations including The Chicago Community Trust, The Joyce Foundation, and the MacArthur Foundation.

In the past several years, Sunny served as Interim CEO for The Chicago Foundation for Women and United States Artists and has consulted with a variety of nonprofits.

Her volunteer commitments include serving on the boards of the National Public Housing Museum (where she is Board Chair and was also a founder), Futures Without Violence, The Richard H. Driehaus Museum, and the Demetra and Eric Vassilatos Foundation. She is also a member of the Fundraising Committee for the Shriver Center on Poverty Law, where she served as Board Chair and Board Member for many years, and the Field Museum’s Pandemic Collection Committee.

She was co-author of the 1982 study of Police Response to Battered Women’s Complaints, and she wrote the introduction to Women, Philanthropy, and Social Change: Journey to A Just Society, edited by: Elayne Clift. She has also worked with Marcia Festen on a study, “Navigating Rentry,” about people coming out of prison into the labor force.

Sunny received a BA from Hunter College, CUNY, and an MA from The University of Chicago Crown Family School of Social Work, Policy and Practice, and has served on its Visiting Committee for the past 25 years.