Established in 1963, Kittleman is the nation’s first executive recruitment firm exclusively serving nonprofit organizations. We developed many of the best practices in the field of nonprofit executive recruitment. Hundreds of nonprofit organizations across the country have benefited from the front line expertise of Kittleman’s search consultants, all of whom have had proven nonprofit leadership experience prior to joining the firm.

Our success speaks for itself: 91% of all nonprofit Chief Executive Officers we have recruited over the past 5 years are still in their positions today.

History of the Company

James M. Kittleman was the earliest pioneer in the field of nonprofit executive search. A lifelong Evanstonian and a Cornell University graduate, he worked several years in business management positions in Chicago. He joined the consulting firm of Booz, Allen & Hamilton in the early 1950s in their Chicago office. Jim was part of the early studies to improve management at Harvard, The Cleveland Clinic, University of Chicago, the San Francisco Foundation and Carleton College. He also assisted in the merger of Chicago’s Presbyterian and St. Luke’s hospitals (now Rush Medical Center). 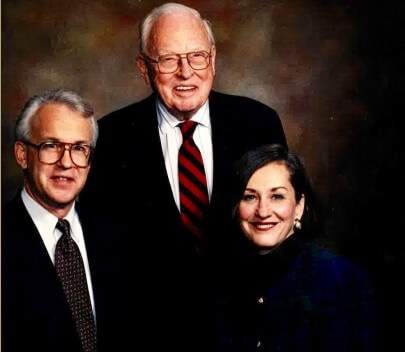 Recognizing the need of nonprofit organizations to improve their leadership and management capabilities, and driven by his own passion for philanthropy, Jim left Booz, Allen in 1963 to establish his own company, James M. Kittleman & Associates, Inc., starting his enterprise in the historic Rookery Building on South LaSalle Street in Chicago. For a number of years he had observed that nonprofit management positions were ill-defined, that the functions of governance and management were often blurred and that few management training and educational opportunities existed for nonprofit executives. Jim understood the need for a leadership style characterized by a passion for service, mission-oriented teamwork and stewardship of resources rather than by the more dispassionate and authoritarian model of corporate America at that time.

The executive search industry was in its infancy when Jim started his company. The firm became recognized through Jim’s earliest engagements with several prominent clients: The Chicago Community Trust for reorganization leading to the recruitment of its first paid executive director; Brandywine River Museum and Conservancy in its early organization; and the National Park Service to reorganize its management structure and reinterpret its vision of “parks as public places”, a theme that continues to this day.

In 1985, at the age of 74, Jim sold the company to Richard M. (Rick) King and Sumner G. Rahr, both with the Chicago-based fundraising consulting firm of Sumner Rahr & Company. They decided to keep the company name since the Kittleman brand in nonprofit executive search had evolved into a known and valuable brand. Rick began to lead search assignments and to run the search operations and Jim continued to help transition client relationships and new search assignments to the reconstituted company. In 1989, Jim officially stepped down as President & CEO and Rick succeeded him. Sumner sold his interest in the company in 1991 to Rick and Jeanne Halvorsen who had since joined the firm as a principal consultant (Jeanne retired in 1998).

The company experienced a period of rapid growth over the next 15 years during which it conducted searches in an expanding nonprofit market place for a wide range of positions. The largest practice areas included human service agencies, community foundations, higher education, museums, public gardens and arboreta, conservation organizations, professional and trade associations, national charities and healthcare institutions. Recruitment assignments covered the entire spectrum of senior-level management positions from CEO, CFO, and COO to fundraising professionals, marketing/communications directors and program managers. Kittleman was selected by the Lincoln Park Zoo and the Chicago Botanic Garden over more than ten consecutive years to recruit virtually all of their senior leadership team, including both CEOs.

With the dawn of the New Millennium, Kittleman began to contribute to the base of knowledge around nonprofit recruitment. Rick was inspired by the number of corporate executives who sought him out for advice on transitioning their career to the nonprofit sector. The result was “From Making a Profit to Making a Difference” (CP Press, 2000), the first book ever written on the subject. In 2003, his idea to create an association to foster best practices in the nonprofit search industry led to the creation of the Network of Nonprofit Search Consultants. As a sponsored-membership organization, the Network today consists of dozens of nonprofit search consultants throughout the U.S. and Canada. In 2007, Rick also created “Seven Steps to Leadership Transition Planning”, the first succession planning paradigm specifically designed for nonprofit board chairs and the CEO.

It was at the time of the Great Recession that Kittleman began to reshape its business model. For several years the portion of CEO searches compared to other senior-level management positions had continued to grow. The expertise gained in partnering with Board search committees to recruit best-fit candidates also grew. In 2008, the firm decided to focus nearly exclusively on recruiting assignments for CEOs nationwide and on nonprofit sector organizations that represented its strongest areas of expertise: Conservation and Environment, Human Services and Health, Museums, Foundations, Associations and National Charities. Today, 95% of Kittleman’s search engagements are for CEOs of nonprofit organizations in these sectors.

In November, 2016, the Next Generation of leadership at Kittleman was announced. Cory King became President & CEO and Megan Monaco assumed the role of Vice President. The brother-sister team had been with Kittleman for several years which made the transition seamless. Today, Rick continues to conduct CEO searches and serves as an advisor to the company as Chairman.