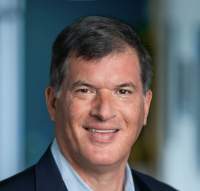 Nick Kalm has spent his entire 30+-year career helping organizations and their leadership teams communicate effectively internally and externally during moments of challenge or change.

Nick has handled nearly every issue and challenge that an organization can face. Adept at dealing with everything from abrupt CEO transitions, litigation, social media controversies, disgruntled employees, financial and budget shortfalls and more, Nick brings strategic thinking, practical advice, and a high level of commitment and advocacy to every engagement.

As founder and president of Reputation Partners, Nick has counseled dozens of local and national not-for-profits, trade associations, and foundations. His firm is known for its exceptionally-high levels of client satisfaction. In consistent surveys taken since 2009, more than 99% of Reputation Partners’ clients say they would recommend the firm – an unsurpassed distinction among communications consulting firms.

Prior to founding Reputation Partners in 2002, Nick spent six years at Edelman, the world’s largest public relations firm, where he served as executive vice president and general manager of the Midwest Reputation Management practice. He also founded and was worldwide leader of its Employee and Labor Communications practice. Earlier in his career, he served in a similar role at another large public relations firm and spent 12 years in positions of increased responsibility at three multinational companies in the pharmaceuticals and chemicals industry.

For years Nick was a regular contributor to The Wall Street Journal’s “Crisis of the Week” blog, is a frequent guest on the nationally-syndicated radio show “Beyond the Beltway” and is a sought-after speaker and author on crisis, reputation and employee engagement matters.

Nick is a longstanding member of the Economic Club of Chicago, the Executives Club of Chicago, and the Public Relations Society of America. He also currently serves as vice chair of the board of the Abraham Lincoln Presidential Library Foundation in Springfield, IL.

Nick received his bachelor of arts (A.B.) in political science from Kenyon College in Gambier, Ohio.