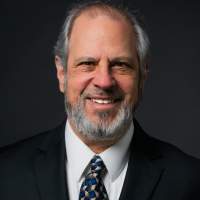 Jeff Katz, MPA, MSW has over 35 years of experience providing expert advice and services to a wide range of nonprofit organizations, big and small, with varied missions throughout New England, the United States, and internationally. He has been an executive search consultant for a wide range of nonprofit organizations over the past 15 years, ranging from organizations serving people with developmental disabilities to schools serving impoverished families in Central America.

Prior to Kittleman, Jeff served for more than 14 years as an Executive Director, first at CODE crisis hotline and then at Adoption Rhode Island, and 20 years as a consultant in the nonprofit community. Jeff brings many years of nonprofit leadership experience, a broad perspective, and an exquisite sense of organizational transition issues.

Jeff is a nationally recognized child welfare expert and advocate. He was a member of the Obama for President Child Policy team, testified before Congress, and played a role in passing the Adoption and Safe Families Act of 1997. His op-ed pieces have been published in the Washington Post, Boston Globe, and Christian Science Monitor, and he has been interviewed on CNN and National Public Radio. He also served as a child welfare expert at the Neiman Foundation for Journalism at Harvard University.

Jeff attended the John F. Kennedy School of Government at Harvard University, where he was a Public Service Fellow and received a Master’s Degree in Public Administration. Jeff later served as a Fellow at the Kennedy School, where he developed the Listening to Parents Project, an influential national study of how prospective adoptive parents are treated by public child welfare agencies. He also holds a Master’s Degree in Social Work from Boston University.