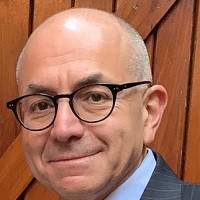 The MSERS is administered by the Massachusetts State Retirement Board, which supports more than 85,000 active members and more than 68,000 retirees & beneficiaries, annually issuing more than $2.75b in benefits.

Favorito also oversaw the Commonwealth’s Deferred Compensation Plans Division and was Treasurer Deborah Goldberg’s designee to the Massachusetts Teachers’ Retirement Board, the State Retiree Benefit Trust (OPEB) Fund Board, and various other boards and committees.

Prior to joining the MSERS, he practiced with the law firm of Murphy, Hesse, Toomey & Lehane, LLP where he specialized in public employee retirement law, and education and special education law.