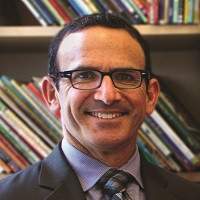 Park City, UT — Joel Zarrow has been named President and CEO of the Park City Community Foundation, one of the fastest-growing community foundations in the country.

Prior to CLI, Zarrow was Senior Advisor to the New Jersey Department of Education, launching and leading the Department’s Regional Achievement Centers. Zarrow has also worked in philanthropy for The New World Foundation in New York and the Peninsula Community Foundation in the Bay Area.

He is a founding Board member of Envision Schools, a charter management organization in the San Francisco area, as well as other nonprofit boards. He has presented at national and international conferences and has multiple publications to his credit.