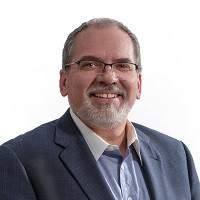 Most recently, Tafel has been CEO of the Home Builders Association of Western Michigan. During his tenure, he increased membership, non-dues revenue, and member engagement and retention for this association that advocates for attainable housing by promoting common sense housing policies and workforce development programs to bring new blood into skilled trades and construction management, while also constructing new homes in underserved neighborhoods.

The National Association of Foreign-Trade Zones (NAFTZ), established in 1973, represents more than 650 members, including FTZ grantees, operator/user companies and service providers. The organization serves as the FTZ program’s principal educator and lead advocate in demonstrating the program’s value and role in changing the political and economic environment of international trade. For more information, visit www.naftz.org.

The Foreign-Trade Zone (FTZ) program was created by Congress in 1934 to expedite and encourage foreign commerce. FTZs are secure areas within the United States that are considered to be outside of U.S. Customs territory for tariff purposes. FTZ benefits are available to any U.S.-based company. There are 195 active FTZs in the United States. More than 4,300 companies currently utilize the program.