Colleges that Produce the Most CEOs

We all like to read about how successful people got their start, but is there a “secret sauce” to the makings of someone important like a CEO or a leader of a non-profit? When we encounter a successful person, we like to know everything about them—from how they get their morning started to how they hold meetings to what kind of leadership style they use. Where they went to school can also a big indicator of their success, and many universities will tout their famous and influential alumni to recruit new generations of students.

We wanted to get a better sense of the origin stories of prosperous and successful CEOs, so we decided to take a look at all 500 CEOs of Fortune 500 companies and research where each CEO earned their undergraduate degree. From there, we determined which colleges produce the most CEOs. We also took a look at what colleges produce the most non-profit leaders based on Forbes list of America’s top 100 non-profits.

So, where are all of these bosses getting their start? Let’s take a look at what we found. 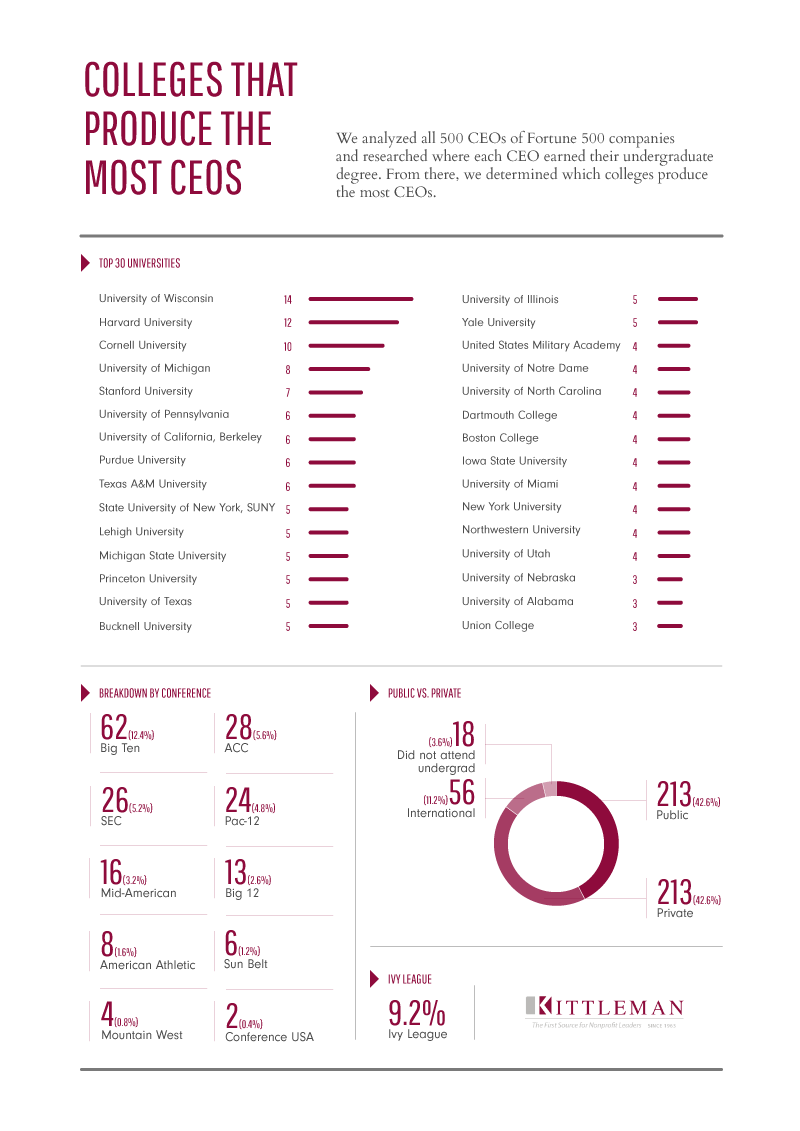 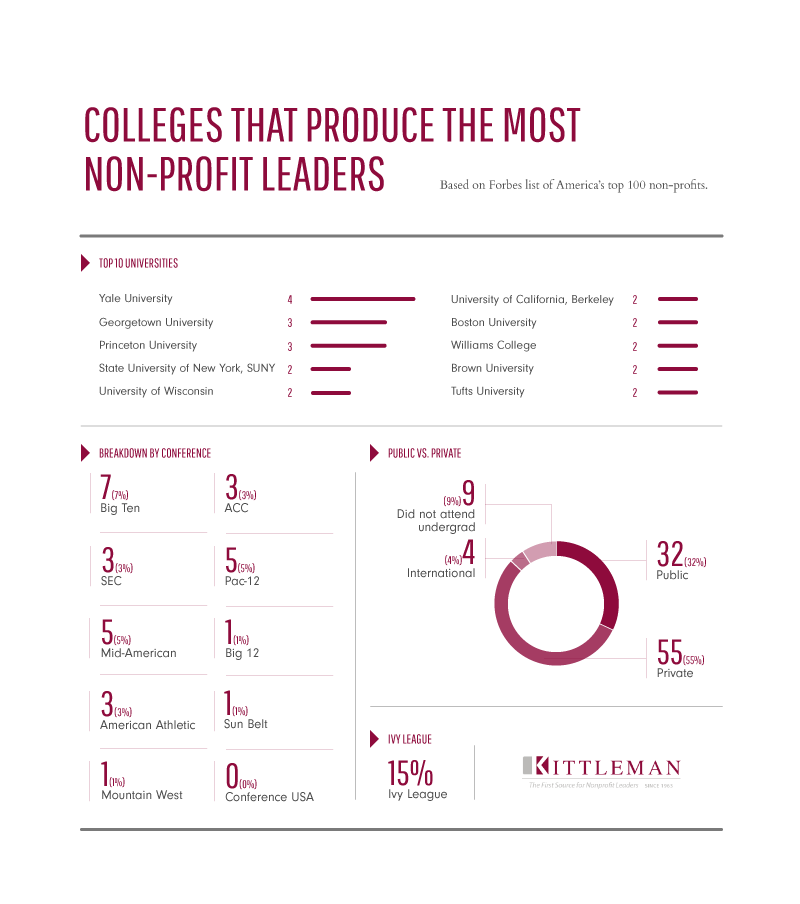 While it’s true that any degree from a university will likely set you up with a good job after graduation, which universities can claim the prize of producing the most successful people in the country?

Once we determined which individual universities that produced Fortune 500 CEOs, we also wanted to know how this broke down by conference. Were there specific regions of school that produced more CEOs than others?

What Type of School Produces the Most Fortune 500 CEOs?

Finally, we wanted to take a look at which type of school produced the most Fortune 500 CEOs (public or private)?

The data revealed that it was actually a tie between public and private, with 213 CEOs who went to public school and 213 who attended private school. We also found that 56 Fortune 500 CEOs attended an international school and a whopping 18 Fortune 500 CEOs did not attend university at all.

Colleges that Produce the Most Non-Profit Leaders

In addition to the powerhouses in the board room, we also wanted to know where all of the most successful non-profit leaders went to school. This data had a surprisingly different set of characteristics.

In order to determine the colleges that produce the most CEOs, we first needed to find what undergraduate school each Fortune 500 CEO attended, since we based our list of CEOs list off of the Fortune 500. After calculating our results, we broke down our results into categories, such as Public and Private, as well as by conference.

We used similar methodology for non-profit CEOs and leaders. First, we found the undergraduate school of each non-profit CEO from Forbes “Top 100 Non-Profits,” which is ranked by private support, total revenue, fundraising efficiency, charitable commitment and donor dependency. From there, we broke down our results into categories, such as Public and Private, as well as by conference.