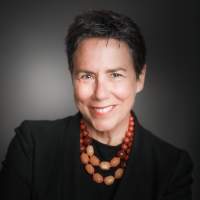 Susan Barry has served in executive leadership positions in the nonprofit sector for 30 years. In addition to serving as executive director of several nonprofit organizations in her early career, her extensive professional experience includes more than 20 years in the community foundation field including President and CEO of the Community Foundation of Louisville, the largest charitable foundation in the Commonwealth of Kentucky. Previously, she served as President and CEO of the York County Community Foundation, and as Director of Development for the Rhode Island Foundation. Before joining Kittleman as Principal of their Boston office, Susan was a partner at Egmont Associates where she focused exclusively on executive search in the nonprofit sector.

Susan received a Bachelor of Arts degree from Marquette University and a Juris Doctorate degree from Cooley Law School (now Western Michigan University). She was awarded a German Marshall Fellowship in 2003 and spent more than a month in Bristol, England completing an international philanthropy exchange. She completed an executive education program in philanthropy at Stanford University in 2007 as part of the York Federal Fellows program. Susan is actively engaged in the community in Boston and enjoys serving as a coach and mentor to leaders in the nonprofit sector.