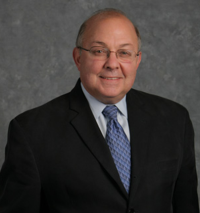 Mike devoted a 36-year career with the Jewish Federation of Metropolitan Chicago serving most of that time as Executive Vice President and CFO. Under his leadership, he created and implemented a system that enabled the Federation to finance more than 20 buildings in excess of $200 million for its initiatives through tax-exempt bonds. In 1985 he created the Jewish Federation Facilities Corporation (FacCorp) to acquire, build, own manage and operate real estate. Today, FacCorp maintains 2 million square feet of properties, encompassing schools, camps, day care centers, community centers, residential facilities for both youth and the elderly, and office buildings.

Mike earned an MBA at the Booth School at the University of Chicago. He has served on the boards of Michael Reese Health Trust, Howard Area Community Center, Ness Healthcare, and First Nonprofit Insurance Companies. He is also founder and chairman of Make Every Vote Count, a national initiative concerned with the crisis in U.S. electoral politics.