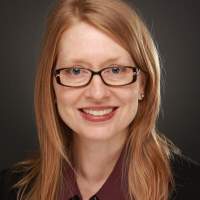 Jenny Burch specializes in providing high-level donor staffing services for nonprofit CEOs and Executive Directors. Ensuring that the CEO excels in his or her role as chief fundraiser is a critical component of effective executive leadership. Jenny is a strategic, collaborative partner with CEOs who want to develop authentic philanthropic partnerships with principal and major donors on behalf of their organizations.

Prior to her consulting work, Jenny was Chief Development Officer at The Children’s Museum of Indianapolis, the largest museum of its type in the world and one of the Top-20 most visited museums in the United States. Over the last decade, Jenny has led fundraising teams responsible for securing over $75 million for annual, capital, and planned giving programs. She also secured local and national corporate partners for major health and science initiatives, early childhood experiences, and touring exhibits including national brands such as Swiffer, Sherwin-Williams, Chase, Coca-Cola, Lilly, and Target.