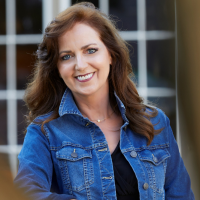 Hendrick Kasprzycki has been honored as Jackson College’s Martin Luther King Jr Medal of Honor recipient, Rotarian of the Year, and as the Eastern Michigan University College of Health and Human Services Distinguished Alumnus of the Year.

Fremont Area Community Foundation is the fourth largest community foundation in Michigan and one of the largest community foundations in the U.S. on a per capita basis. With combined assets of $280 million—nearly 50 percent of which is unrestricted—the Community Foundation awards over $9 million in grants annually. It exists to improve the quality of life for Newaygo County residents, as evidenced by a vibrant economy, effective public sector, and well-being across socioeconomic levels. Through strategic partnerships with community leaders, generous donors, and local programs and organizations, it works to create long-term solutions to the most pressing needs in the community.