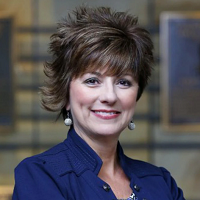 Bowling Green, KY – Kentucky native and car enthusiast Sharon Brawner has been announced as President and CEO of the National Corvette Museum.

Most recently, Brawner was Senior Vice President of Sales and Marketing at the Country Music Hall of Fame® and Museum in Nashville. Since the Museum’s expansion in 2014, earned revenues grew over 42% under Brawner’s direction. These gross revenues exceeded $42.1 million, having grown from $29.6 million in 2014.

Previously, Brawner was Vice President of Sales, Marketing and Communications for the Nashville Sounds AAA Baseball team and, before that, was Vice President of Administration for the Nashville Kats Arena Football team. Earlier in her career, she served in the hotel and hospitality fields in sales, marketing and corporate partnerships at Opryland Hotel, Loews Anatole Hotel, and Galt House Hotel, among others.

Brawner is a graduate of the 2019 class of Leadership Nashville and currently serves on the board of Feed America First. She has served as a board member of the Tennessee Tourism Committee and the TransPerfect Music City Bowl, and has taught a Masters-level class on sports marketing with an emphasis on corporate sponsorships at Belmont University.

The National Corvette Museum celebrates the invention of the Corvette, America’s Sports Car; preserves its past, present and future; and educates the public about the Corvette. It was formed, and is totally supported by, Corvette enthusiasts. The Museum’s Collection consists of more than 100 Corvettes, including one-of-a-kind concept cars spanning the history of Corvette, and thousands of small artifacts relating to Corvette development, production and racing.