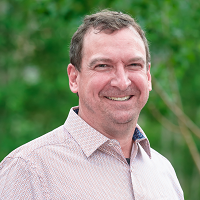 Most recently, he was Chief Executive Officer of Swallow Hill Music, the second largest acoustic music school in the U.S. Previously, he led the Aurora Public Schools Foundation as its Executive Director. He has also served as Chief Operating Officer of the Denver 2008 Convention Host Committee and as Chief Operating Officer for Mile High United Way.

Lhevine has been at the forefront of successful local and federal political and public affairs campaigns. His early career experience included working on campaign finance reform efforts at the National Civic League, managing congressional campaigns in Colorado and Alabama, and serving as a legislative assistant to Congresswoman Diana DeGette. He also managed Hickenlooper for Mayor in 2003. Later, as a political consultant, he led the Coalition for a Better Colorado and assisted the American Red Cross Mile High Chapter with its legislative objectives.

He serves on the Board of Directors of the Denver Metro Chamber Leadership Foundation and is an alumnus of Leadership Denver.

Founded in 1986, the Colorado Nonprofit Association is dedicated to making Colorado a better place for people to live by fostering an environment that supports nonprofits. The Association leads the nonprofit sector in influencing public policy and public opinion; serves its members with networking tools, trainings, communications, and administrative support; and strengthens the nonprofit community by convening organizations and addressing sector-wide issues.