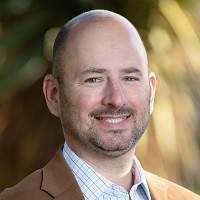 Phoenix, AZ – Philanthropy leader Mike Remedi has been named Chief Development Officer of the Desert Botanical Garden, one of the most successful and most visited cultural attractions in Arizona. Remedi has more than 20 years of fundraising and advancement experience, from driving the planning and implementation of capital campaigns to developing new strategies for principal giving. In his new role at the Garden, he will build a new philanthropic strategy for the Garden, with a special focus on growing the contributed revenue from annual, major and planned giving donors.

Having grown-up in Phoenix, Remedi has dedicated his career to strengthening organizations for Arizona. Most recently, he held various leadership roles at Arizona State University. During his 17-year tenure at ASU, he raised more than $75M for capital campaigns to support students, faculty and facilities.

Desert Botanical Garden serves as a global leader in the research and conservation of desert plants and their habitats. Its staff collaborates with academic, research and conservation groups across seven countries and four continents. The work being done is leading to the discoveries of new plant species, conservation of threatened and endangered species and identifying emerging threats such as climate change to invasive species and the desert habitats throughout the world. The Garden is located in the Sonoran Desert, which equally spans areas of the southwestern United States and north central Mexico. Much of the Garden’s education, event and exhibit programming celebrates the deep cultural roots of the Sonoran Desert, including Indigenous, Hispanic and Anglo communities and traditions. For more information, visit https://dbg.org/