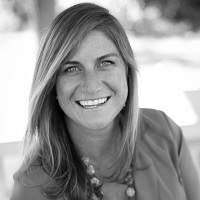 While at the Denver Zoo, she led a team that created sustainable habitats and gardens and contributed to elevating the Zoo to become one of the top ten in the U.S. During her tenure, Pfeiffenberger was in charge of establishing the Zoo’s plant community as a foundational aspect of the Zoo’s overall conservation mission. She directed multiple large and small capital projects that converted the Zoo’s spaces into thriving educational greenspaces. These greenspaces sparked public support for the Zoo to embrace green infrastructure as an important tool in helping meet its conservation objectives and also inspired community green and conservation programs.

Pfeiffenberger has served as President of the Association of Zoological Horticulture and is a current member of the Advisory Council for Seed Your Future. Prior to her time with the Zoo, she received the inaugural Kris Jarantoski Internship and was promoted to various garden leadership roles as a horticulturist with the Chicago Botanic Garden.

Memorial Park Conservancy (MPC) operates and maintains 1,100 of Memorial Park’s 1,500 acres. MPC is dedicated to the care and management of the Park through a public-private partnership with the Houston Parks and Recreation Department. Memorial Park Conservancy has been the lead partner on the execution of the Master Plan and Ten-Year Plan, encompassing over $200M in capital improvements that will establish the Park as one of the world’s most recognized urban wilderness and recreational parks.