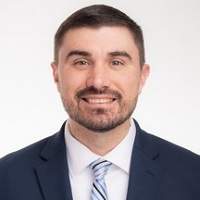 A native Texan, Bradley comes to Houston BOMA from Chicago where he worked with the American College of Surgeons (ACS). At ACS, he served in an executive role as the Associate Director, Division of Member Services, where he oversaw and ensured the successful coordination and performance of 19 functional areas of the College.

Prior to ACS, Elliott was Director of Member Services for the American Fire Sprinkler Association (AFSA), where he significantly rebuilt and rebranded the Membership & Chapter Relations department’s standing with the board, staff, chapters, and the general membership. Previously, he served in multiple roles with the Apartment Association of Greater Dallas (AAGD), one of the largest local apartment associations in the country.

The Houston Building Owners and Managers Association (Houston BOMA), the premier commercial real estate association for Houston, represents the interests of the Houston office building industry. Membership includes 197 commercial offices, institutional and public buildings and 68 companies that provide commercial building services. The Association plays a vital role in fighting for fair and justifiable taxes, fair regulation, enhanced energy efficiency and sustainability practices, emergency preparedness, along with streamlined and cost-effective government. The Association advocates on behalf of over 320 million square feet of commercial real estate in over 2,200 buildings in the Houston area.